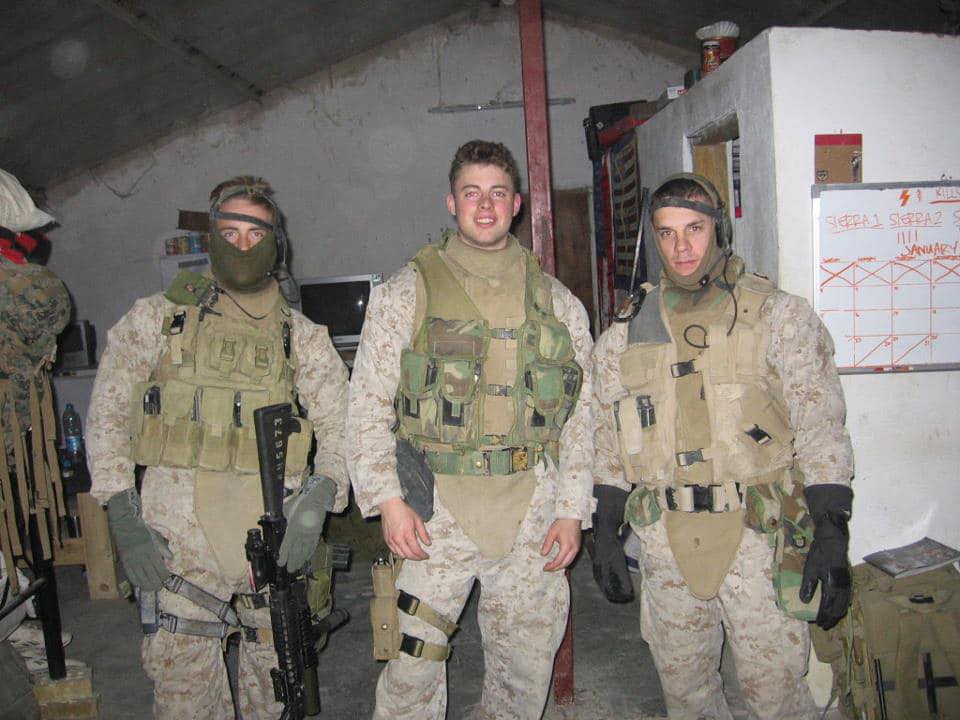 I Turned My Experience into a Story.

“The majority of the men in my family all served in the military,” writes Whittemore. “From my grandfather, who was stationed in Hawaii during the bombings in 1941, to my father, Tim, and my uncle Dan who served aboard naval ships in Vietnam, and my uncle Pat who served as a paratrooper in the Army in Vietnam. Even with all this history in my family, no one talked about their experiences. This was disappointing to me growing up, but after gaining my own experiences, I fully understand why they never wanted to discuss what they had been through during the wars. I was, in a way, naive to the life that lay ahead in joining the Marine Corps.”

About the book “Terror To Triumph”

Take a journey through the eyes of a Marine scout sniper as he unveils the horrors of the mean streets of Ramadi, Iraq, in 2005, from losing fellow Marines and escaping death’s grasps as you silently move through the streets to dodging improvised explosive devices, enemy snipers, and the chaos associated with a country’s first election. Continue the journey through Fallujah, Iraq, in 2007, where the fighting turns more inward, and the struggles faced when balancing the losses in war and at home. Finish the ride as you fly as a UH-1 crew chief/door gunner through the unforgiving country of the Helmand Province, Afghanistan. Fly through countless hours of combat missions in support of multiple countries’ militaries and the scars associated with flying the wounded and fallen back to base.

Take the final journey by facing the reality of the struggles that servicemen and servicewomen face with coping with horrors of war, the fight against the stigma of being broken, and finding a way to transition back into the civilian world. This is the hectic journey that one Marine and his families go through after each deployment, finding a way to stay strong through the darkest times and triumphing from the darkness and finding success against all odds. 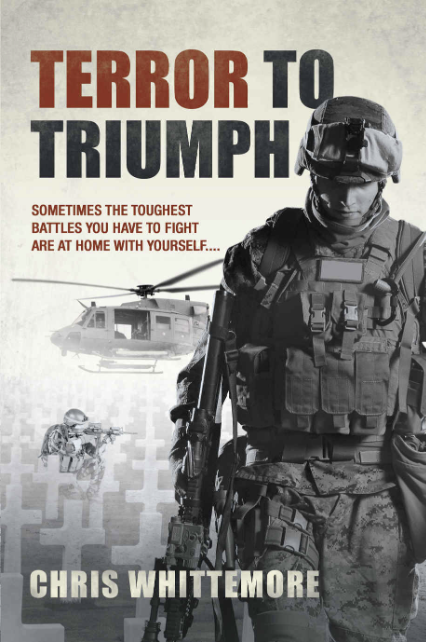 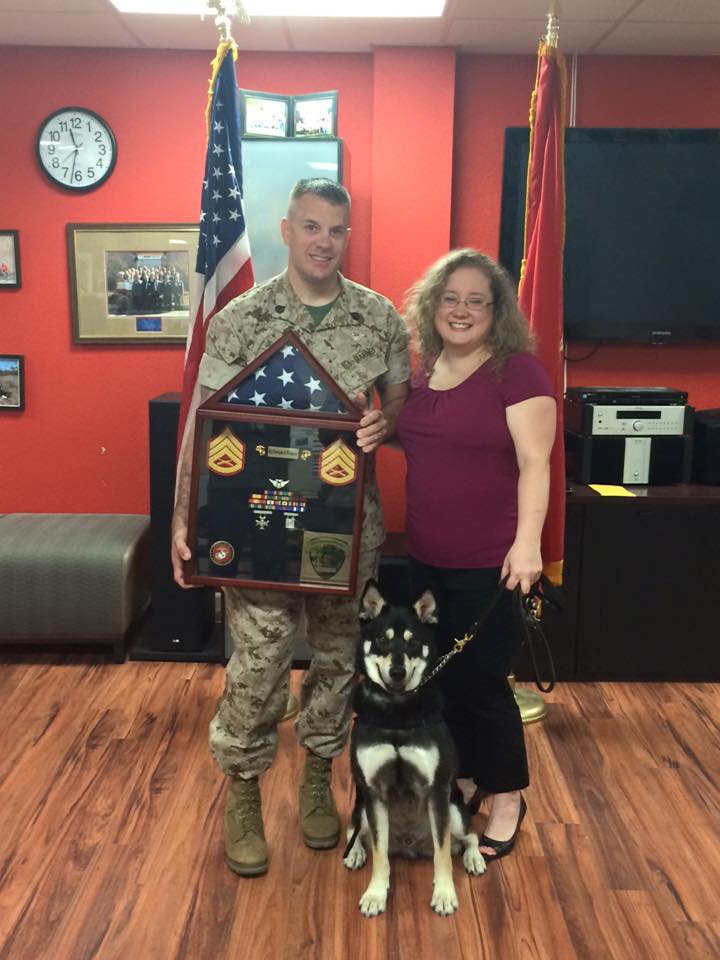 As a crew chief, I was assigned to HMLA-369. With the squadron, I deployed to the Helmand Province from May-November 2010. Upon Returning from that deployment, I was sent to Recruiter School. I was stationed in Houston Texas were I worked primarily in Conroe, TX. After 9 months, I was sent to take over a struggling office in Lufkin, TX. In 2013, I was sent to the Wounded Warrior Battalion in San Antonio. After my back surgery and other medical problems that were fixed I eventually was able to begin playing sports. It was nice to feel normal.

What They said About My book ?

Honest and Humble Account of War and the toll it takes on individual and family.
I read through Mr. Whittemore’s book in one sitting. Just so you are aware this book is not a dramatization, this is not hero worship of military culture, or even a call to any specific cause. This is honest, straight from the heart account of one Marine doing his best to balance his call to service with his role as a husband. It is a singular journey of one man to accept his struggle with PTSD and resolve to rebuild his life and relationships.
This is not a book that sugar coats the military or the wartime missions in Iraq or Afghanistan. You will feel a hint of the pain Mr. Whittemore felt during some of the most dark days of his service. You will grieve with him, root for him and his wife, and be thankful at the end of his account that he is alive and not another sad statistic of Veteran Suicide due to mental health issues after service.
I am thankful he was willing to share that with the world and I hope it continues the conversations that are needed to help Veterans and families overcome and triumph in the “after” that comes along with service.


Must Read for EVERY Combat Veteran and Those Who Love Them!
Terror to Triumph reads like a memoir and for anyone that has been through training, deployments, and combat reading this book is like the best kind of therapy. All the goodness of feeling like someone else out there understands and has gone down the same road without the ‘I’m too F’ed up for my therapist experience.” More like the the guys from the 3/5 who had the experience of bunking together in the barracks after returning from deployment. We have lost too many great Americans, friends, brother and sisters by their own hands.
If you know a combat veteran send them this book.
If you know a military spouse who’s loved one served in combat send them this book.
If you served, you already hit the buy button, not to support a brother-in-arms, not even to help yourself, but to save the brother or sister-in-arms that you served with. The person that you’re thinking of right now who you haven’t reached out to in months or years…because it’s too hard, too scary, what would we even talk about? Talk about this book because Chris Whittemore understands because he lived it and had the heart to put it out there for all of us. His story is every combat vet’s story (at least in part).
The best time to start healing is 20 years ago. The 2nd best time is right now.
– Chinese Proverb (adapted with permission from no one)


A great new book from Page Publishing by Chris Whittemore that covers the behind the scenes training, passage of rites for Marine Scout Snipers before, during, and after deployments. Chris provides a great ride-along for those of us that did not deploy to Iraq. Thanks Chris for your dedication to mission and focus on our national military objectives.
This book can be broken down into multiple pieces. Chris’ deployments to Ramadi in 2005 and later again to Fallujah in 2007, his multiple missions as the main door gunner riding in a chopper, and the most important piece, returning home to put together your life after living thru the hell that was Iraq. For those not familiar with Ramadi and Fallujah in Iraq, it’s a living nightmare. Each unit is setup in their own compound providing internal support to ensure they pull 24/7 security on their own compound but also providing their services to the war effort. Whether it is silently moving through the streets of Ramadi or Fallujah or dodging improvised explosive devices (IEDs), countering enemy snipers, the chaos of everyday life, you count your blessings and look forward to exfil and the day you get on that freedom bird back home.

Much needed revelation!
Chris, thank you so much for writing this book. What an honor to get such an inside look at these events and your life. I learned so much I would never have even heard any other way that opened my eyes in very needed ways. I cried through parts of it and could probably never find the words for why, there is just so much all in there. Thank you for your service, for sharing the whole story, and thank you for your example in faith and love through it all on your way to triumph.